In our view, policy analysis represents a branch of strategic intelligence analysis. Policy analysis techniques are thus some of the same structured analytic techniques apllied to a distinctly specific purpose.

Since analysis involves the use of reasoning, it makes sense to try and keep your mind sharp and clear.

5 steps to clarify own thinking: 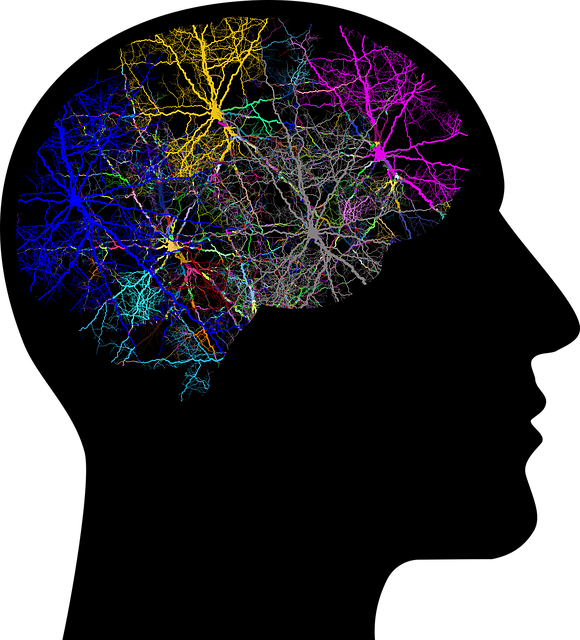 5. Could I ask you to summarize your understanding of the key points of my explanation?

When your listener cannot summarize what you have said to your satisfaction, he/she hasn’t really understood what you said. Among other things it can mean that your explanation was vague or fuzzy suggesting that your understanding of the issue remained vague and fuzzy. Try it again. It will work.

3 steps to clarify other people’s thinking:

Other people’s thinking can be pretty hard to unravel. Oftentimes people give you only a vague or fuzzy explanation of their views because they have only a vague or fuzzy understanding of the issue they were trying to explain. But a few structured questions can gently nudge them in the right direction.

1. Can you restate your point in other words?

2. Can you give an example?

This is the most effective technique of them all – to figure out the real meaning of what people are saying practice summarizing in your own words what they said. Then ask them if you understood them correctly.

When you cannot do this to their satisfaction, you don’t really understand what they said. Try again. It will work[i] 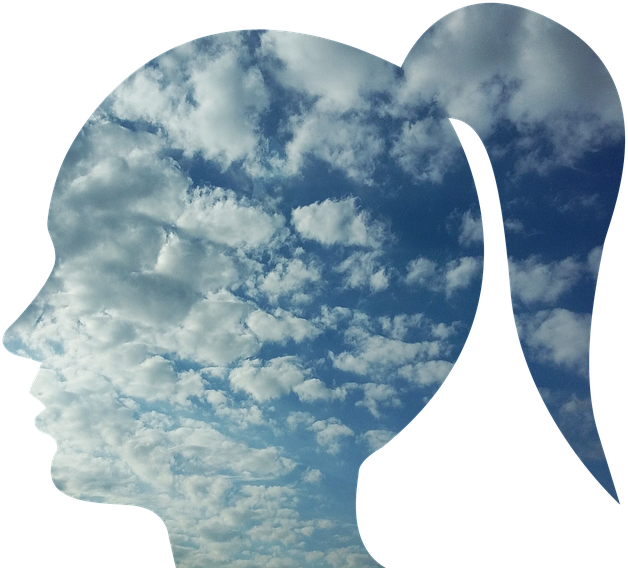 In our course we not only present some core structured analytic techniques or apply them to the discussion of policy issues or strategic threats. We also offer students some simple reasoning hacks that despite their apparent simplicity can have a big impact on their thinking. And besides, they are highly actionable.

We also use brain teasers, such as a Futures Wheel analysis of foreign policy issues and strategic threats that can arise as a consequence of the ice melting in the Arctic. We show students how to keep a session journal that records their progress through the different stages of un-knowing about an issue. It makes an essential tool for reconstructing their past mind frames during a latter application of post-mortem or analytic failure simulation techniques.

In an abridged presentation, such a journal may go along the following lines. 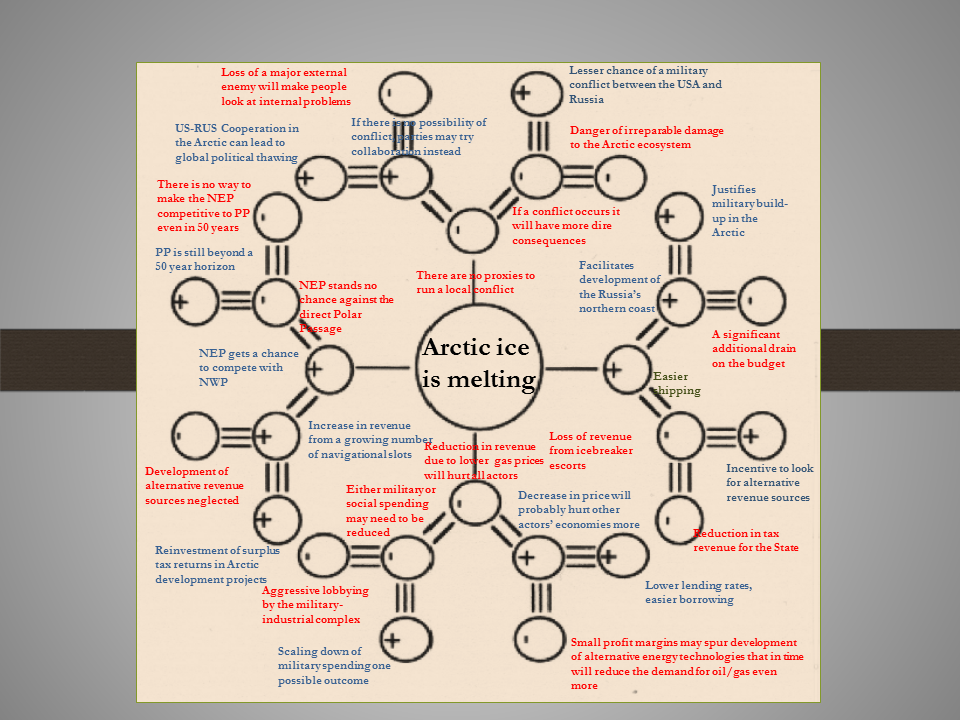 Trigger event – The North Pole is free of ice
Problem restatement – Arctic ice is melting = So what?-kind of problem
Brainstorming + Clustering – What are the issues/questions?

Ice melting = sea level rising: by how much?

Contested expansion of territorial claims over the Arctic Ocean seabed and resources underneath it.

CONCLUSION: The melting of the Arctic ice in the short- to medium-term does not realistically pose any foreign policy issues within this cluster of outcomes. Longer-term implications are too speculative and vague to analyse.

CONCLUSION: The melting of the Arctic ice in the short- to medium-term does not create any strategic military threats.

Russian military build-up at present appears to be of a tactical nature and aimed at reassertion of State presence in and sovereignty of remote regions = meeting internal propaganda objectives/ signalling to the US.

It is further aimed at increasing general robustness in response to unpredictable future threats = aims to address any threat, conceivable or not.

It is not triggered/influenced by the melting of the Arctic ice = not relevant to our specific tasking.

One possible exception is rise of separatism leading to the threat of secession of gas-producing regions. Ice-free Arctic can allow exports by means of LPG vessels as an alternative to gas pipelines. The State monopoly on gas transportation channels will be upset. Profits from direct exports may be huge, tempting producers based in the Russian Arctic regions to seek political independence for areas under their economic control.

How real/serious is the threat = probability of:

Assess the probability of an armed conflict in the Arctic given that the parties to the issue are Canada, Denmark, Iceland, Norway, Russia and the USA.

Assess the probability that the remoteness of the potentially contested areas could lower the threshold for use of tactical nuclear weapons.

The above reasoning leads to the identification of four first-tier consequences, eight second-tier ones, and 16 third-tier alternative futures.

This is what happens at the shallow end of our syllabus. At the deep end, our course ventures into the blue abyss of Social Network Analysis (SNA).

To avoid confusion, SNA is NOT (primarily) about studying virtual social networks. Here is a primer on the latter, for those who are interested.

Analysts use SNA use for understanding the
organizational dynamics of hostile networks.

This knowledge can help identify network vulnerabilities and in consequence suggest how best to exploit them for network penetration or disruption.

One key SNA objective involves determining the relative strength of network associations and impact of each actor on the functioning of the network. Other mission-specific SNA objectives can include:

A major function of Social Network Analysis
is to support identification of priorities.

Used in parallel with pattern analysis, SNA allows linking of the WHO to the WHERE and WHEN to build a picture of HOW they are involved and WHAT their part is in the network.

The seven roles[ii] found in
most hostile networks typically include:

Core individuals who provide the steering mechanism for the network and determine the scale and scope of network operations.

Those who ensure the effectiveness of the network and whose responsibilities include reporting weaknesses and problems to the core organizers, who can then initiate remedial action. This network role is particularly crucial in ensuring implementation and providing guidance on appropriate corrective measures where necessary. They ensure that the network is able to adjust to new circumstances and maintain the high degree of flexibility that is critical to the capacity to resist disruptions.

Individuals whose role is essentially to insulate the core from the danger posed by infiltration and compromise. They transmit directives and guidance from the core to the periphery of the network. They also ensure that communication flows from the periphery do nothing to compromise the core.

They ensure that communication flows effectively from one node to another across the network as a whole. Their responsibility is to transmit directives from the core group and provide feedback.

Enforcers concerned with the security of the network who

People who have been recruited into a network but who continue to operate in legal institutions.

A major target for SNA is often presented by Extenders.

Their role is to extend the network by recruiting new members, negotiating with other networks regarding collaboration, and encouraging defectors/crossovers.

Targets for network extension may typically include: 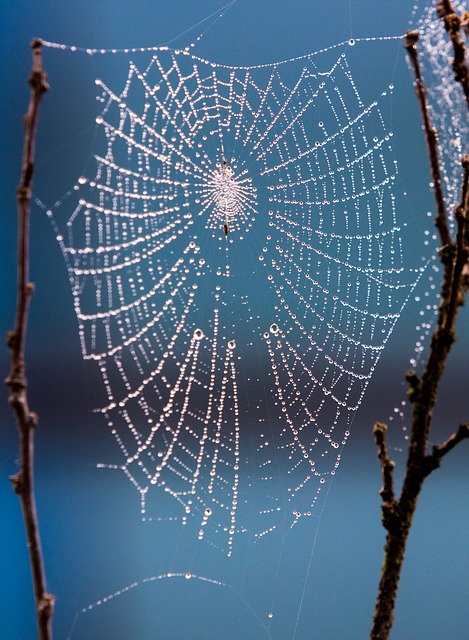 The notion of Network Capital in SNA is used to
quantify aggregate network strength or capability.

It can also help to identify high-value individuals – those most important for the functioning of a network. Besides that the notion of Network Capital can be used for a large variety of benchmarking, flagging and monitoring purposes including:

These and other SNA techniques assist in judging the operational modalities of an organization.

Such analysis allows to produce an assessment of the threat it poses and estimate its capability to cause harm.

It can be applied to all functional components of a network including operational support, information operations, political connections, violent activities, as well as logistics and resupply operations.

In particular, analysts can apply SNA to the study of criminal enterprises involved in the functioning of a legit network.

It is not unusual that a legally operating politically engaged network is funded through criminal activities or relies on criminals for covert missions or operation of its logistics chain. A starting point for analysis could be setting up a roster of individuals who perform as go-betweens linking lawful organisational and command structures with the criminal ones.

Infiltration of criminal networks is a complex undertaking fraught with significant risks. Instead, homing on go-betweens can provide a safer opportunity for collecting sensitive information. Analytic exploration of go-betweens can typically involve figuring out and documenting their responsibilities, personalities, background, assets and emotional connections. A purpose of such analysis would be to suggest courses of action aimed at acquiring access to go-betweens and to information handled by them.

An important purpose of certain networks can be to advance hidden agendas or secret group objectives, including in the political or foreign affairs theatre. SNA offers techniques that can help to discover, monitor and, ultimately, influence the functioning of such networks.

One is to provide recommendations for forming strategic alliances with some of the above mentioned and a score of other network types. Or, on a more modest scale, enlisting support of their key members to pursuing specific friendly policy objectives.

The purpose of this primer is to offer some basic information on the subject of SNA, condensed from a variety of sources.

It only skims the surface of the waters that are, as is the case with most other structured analytic techniques, ocean-deep.

As an example, have a brief look at some of the concepts developed by Steve Borgatti, Professor and Endowed Chair of the Gatton College of Business and Economics at the University of Kentucky[iii]. Some of the novel Borgatti centrality-related measures include:

It provides a numerical value that can be used for creating a typology of networks between isolate and webbed.

The resultant value can be used for ranking Actors between isolate and webbed.

Other contribution by Borgatti is a body of work on the concept of weights.

If you are feeling a bit overwhelmed, there is no need to be feeling down. Remember, this is the deep end. Well, actually, it’s the shallow slide to the deep end.

But there exist also much simpler techniques that can be amazingly effective, too. Read here how skilled use of highlighters can make you a better analyst.

These and other concepts linked to the subjects of FUTURES WHEEL, FORCE FIELD ANALYSIS AND SOCIAL NETWORK ANALYSIS are discussed in some greater length in our course. Besides, its core added value lies in practical case studies that provide participants with relevant templates and experience in their use.

[i] Condensed from Paul, Richard, Elder, Linda “Critical Thinking: Learn the Tools the Best Thinkers Use” (2005)