2 years ago
kuvshinnikov
No Comments 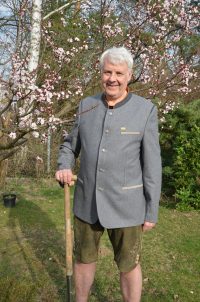 My name is Alexei Kuvshinnikov and I am a member of the International Association for Intelligence Education (IAFIE). Since some seven years I teach my own course on the use of structured analytical techniques for strategic threat assessment and forecasting. It aims at unvetted audiences and has a focus on foreign affairs.

A team of my graduate students in the Fall 2020 class on Methodology of International Policy Research created the dataset used in this analysis.

Students conducted original research for a group home project based on the use of different types of Long Matrices. It aimed to determine the top threat actor among three contenders identified by means of divergent/convergent thinking. My students chose for analysis the right-wing UK extremist scene.

But first, let me introduce the analyst team.

She is currently (February 2021) enrolled in the Master’s Double Degreein Governance and Global Affairs at the LUISS University (Rome).

Chloé Debons obtained a Bachelor’s Degree in International Relations (major – International Politics, minor – Law) from the University of Geneva. She is currently (February 2021) enrolled in the Master’s Double Degree Program in Governance and Global Affairs with LUISS University (Rome).

She is currently (February 2021) enrolled in the Master’s Double Degree Programme in World Politics with Sciences Po University (Paris).

The Master’s Double Degree Program in Governance and Global Affairs is co-hosted by the MGIMO University (Moscow).

This use of the Long Matrices thrilled me. After the course ended, I suggested that the group prepared a case study using a slightly different set of Long Matrices that added a bit more rigour to analysis. However, a broad international composition of the group and a motley range of priorities that competed for students´attention prevented that.

So, with my students´ permission I set out to finish that job. While the dataset is owned by them, any mistakes, omissions and biases in the specific configuration of matrices are solely mine.

In my opinion, it represents an important result that points to a possible omission in UK anti-extremist policies. While “National Action” is proscribed since December 2016, “Britain First” remains legal. 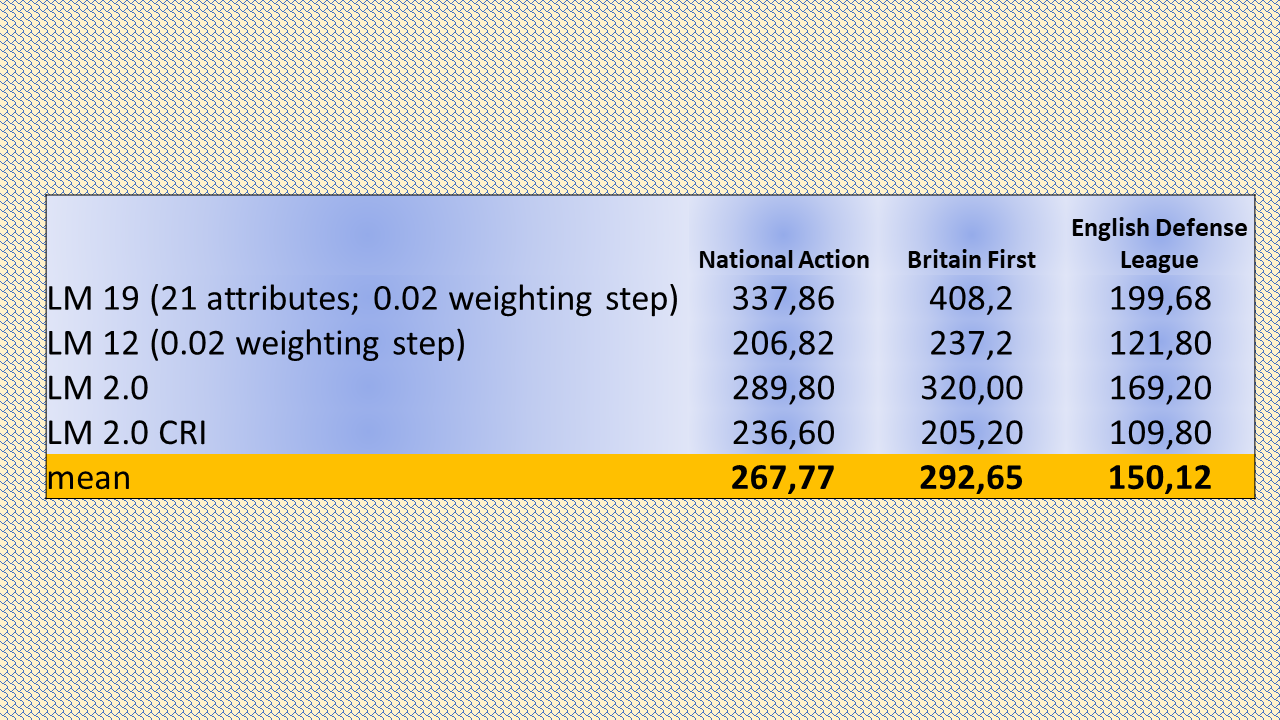 Next step, they used pair ranking as a convergent thinking technique to identify the three actors they felt posed the highest threat. 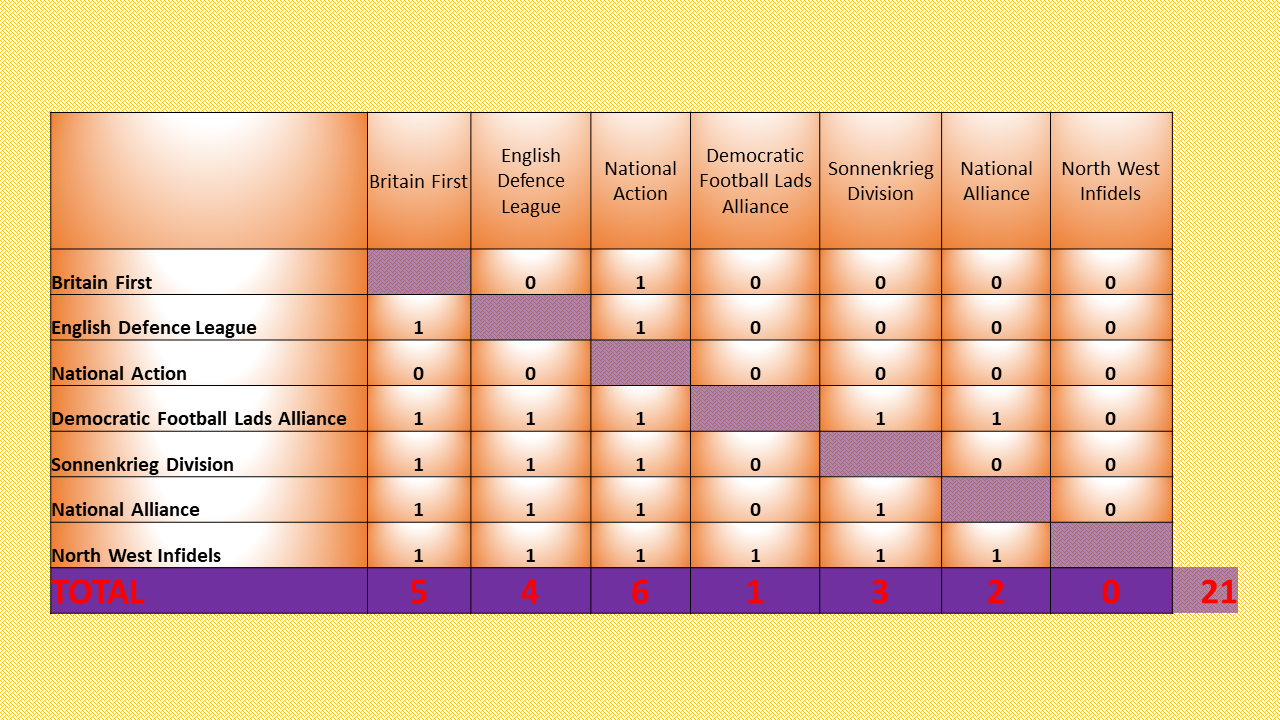 As you can see, “National Action”, “Britain First” and “English Defense League” made the short-list.

In principle, one could omit this step and include all seven candidates in threat assessment matrices. Conceptually, there is nothing wrong with that. Except that filling out the tables would then take about twice as much time and effort. And time, in particular, is a very scarce resource. So, it makes good sense to do the weeding and focus on the essentials.

Pair ranking is a great time-saving technique. It is as simple as they get and still consistently produces reliable results.

In the next step, students created the actual data set.

They assigned values to each attribute for each threat actor. And proposed initial risk indices calculated as Probability of risk matrerialisation*Harm inflicted in case of risk materialisation. As a reference they used a standard Risk Assessment Matrix. 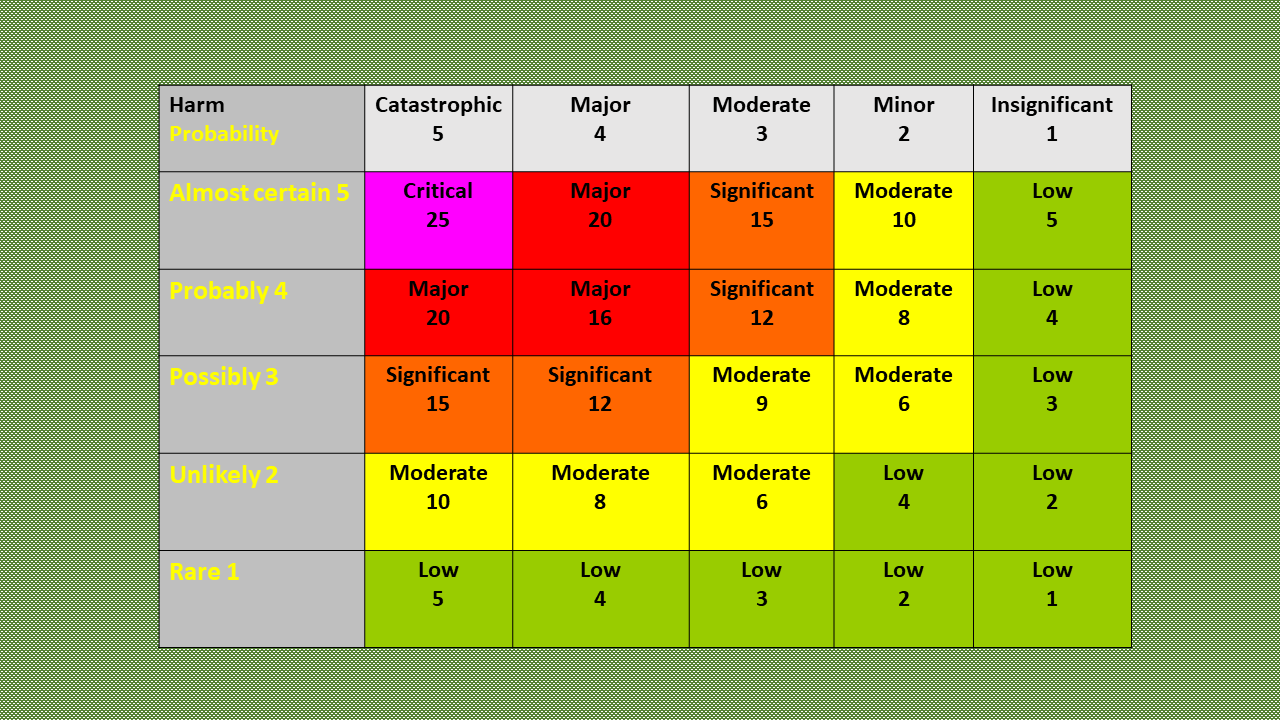 To analyse the data set created by my students, I then used a set of Long Matrices. 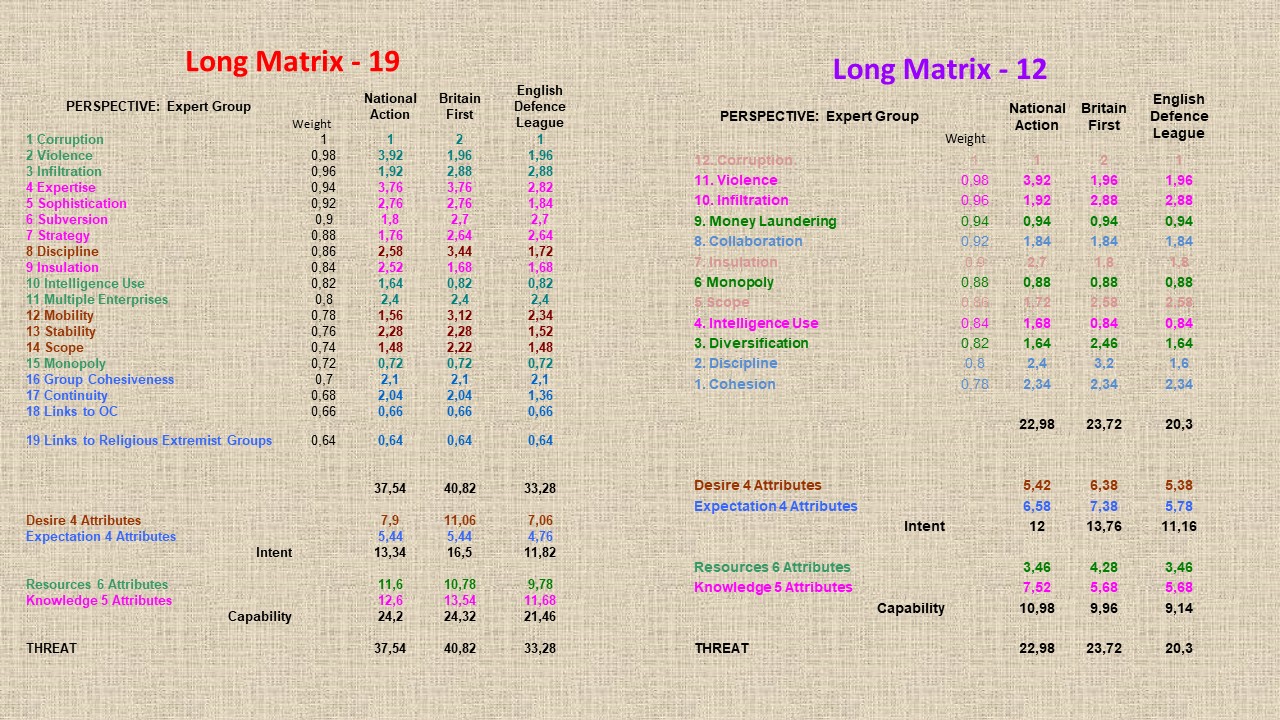 When using the LM19 technique, “Britain First” topped the score in both the Desire category and the Knowledge category.

Knowledge category inclues the attributes of Expertise, Sophistication, Subversive activity and use of Strategy.

The use of the LM12 technique led to a significantly different result.

As a matter of fact,  “Britain First” had a lead over “National Action” in most of the attributes not present in LM12.

The use of the LM2.0 technique in this right-wing UK extremist threat ranking took this trend a step further and produced a change in the top threat actor.

“National Action” gained a minimal advantage in the Weighted Threat score over “Britain First” 32,2-32,0-28,2 (before adjustment for Risk).

A decisive factor: a high score for the Violence attribute multiplied by the latter´s high weight in the LM2.0 matrix. Also, “National Action” got a lead in points for Insulation due to its proscribed status. 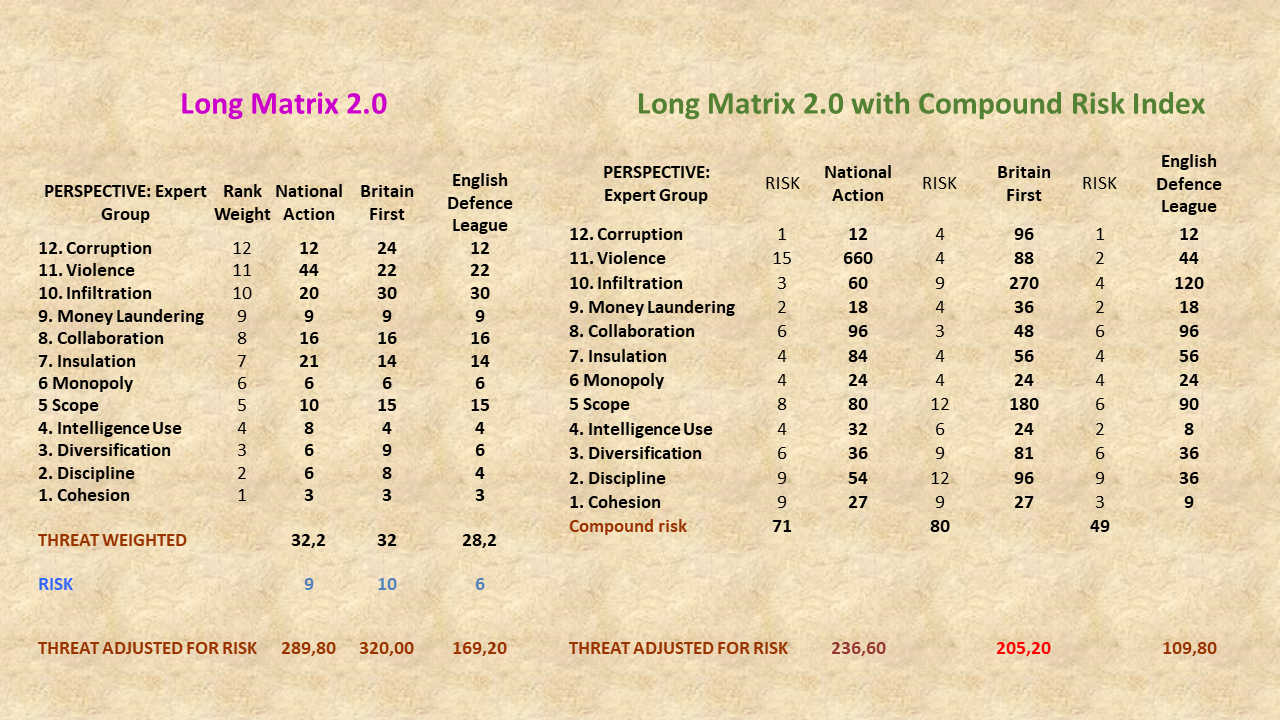 “Britain First” showed dominance in Infiltration capabilities and operational Scope augmented by high risk levels connected with these attributes. But that did not fully compensate for its perceived low propensity for the use of violence.

Now, here is one fine point.

Students conducted an initial risk assessment at the beginning of this project. Differences in probability ratings (3-2-4) had at the time offset differences in the perceived level of harm of the three organisations (“Britain First” 3 – “National Action” 4 – English Defence League – 2). As a result, this intuitive assessment produced an approximately same level of risk (9-8-8). LM19, LM12 and LM2.0 matrices reflected this appraisal.

Later on in the project, more evidence became available. In conjunction with the LM2.0-CRI matrix, it allowed risk assessment to acquire a higher level of granularity. Each attribute for each of the threat actors obtained its own, individual risk index. The Compound Risk Index provided thus a more accurate and precise valuation of perceived actor risk.

To ensure cross-matrix comparability of threat scores, the CRI then replaced the initial risk assessment in LM19, LM12 and LM2.0 matrices.

Besides offering a nuanced risk assessment, this technique produces another benefit. It permits to compare the initial, intuitive risk assessment with the more structured and rigorous approach of CRI. As a result, analysts can determine whether they can trust their intuition.

In this particular case, students´ intuitive risk assessment of 9-8-8 came fairly close to 10-9-6 produced by the CRI technique.

Notably, CRI corroborated the validity of the initial risk assessment of both “Britain First” and “National Action”. At the same time, it reduced the intuitive risk index for the “English Defence League”.

However, with risk indices in LM19, LM12 and LM2.0 matrices adjusted in accordance with the Compound Risk Index, the mean Total score of the “English Defence League” dropped a whopping 43,94% below the score of the “National Action” that ended in the second position. 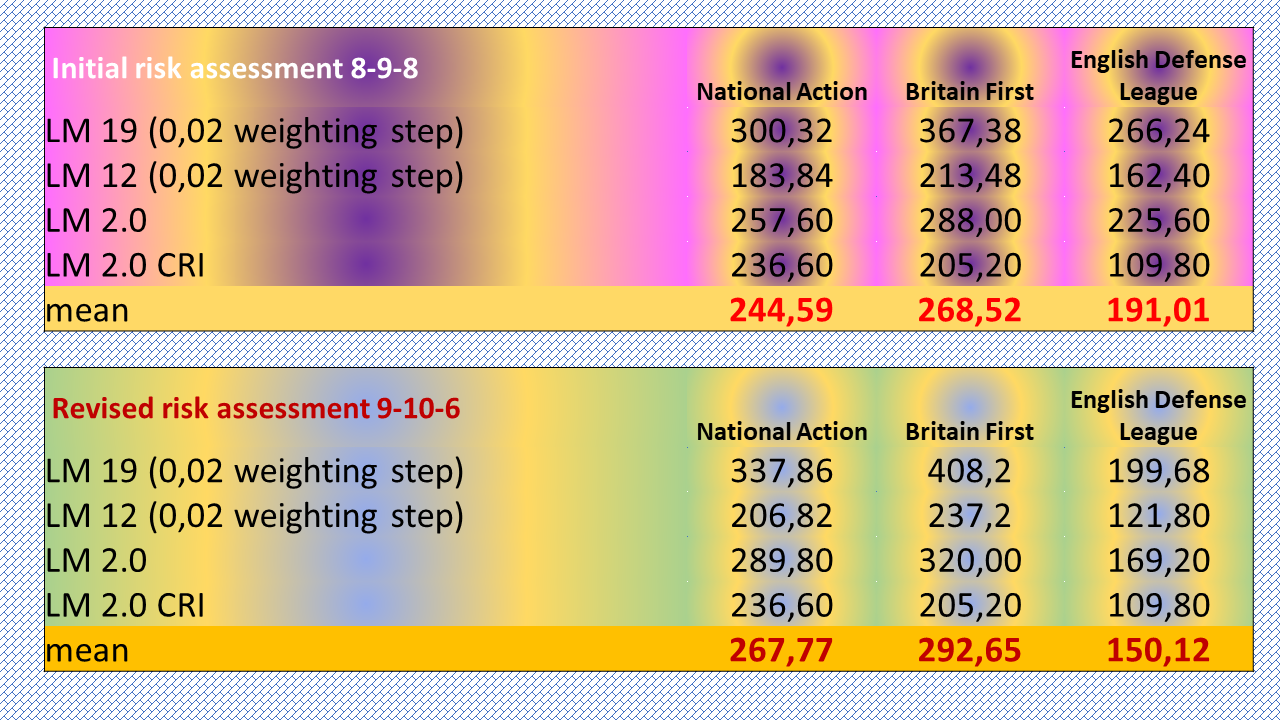 As you can see, the “risk feedback loop” led to an important adjustment of threat scores in right-wing UK extremist threat ranking.

The templates I chose incorporated risk into analysis by multiplying Threat scores with Risk indices. When the latter vary significantly, this approach can produce a severe impact on the ranking order of threat actors. Such effect can look like a distortion.

However, according to my reasoning, risk plays a paramount role in identifying top policy threats.  After all, a threat remains an abstraction unless it carries a reasonably high risk of realisation.

Threats become policy issues only if they can realistically cause harm. My approach also makes good sense when viewed from the angle of producing actionable results. Policy responses need to focus primarily on high-risk threats.

Kudos to my students for creating a data set for this enlightening analytical piece on right-wing UK extremist threat ranking!